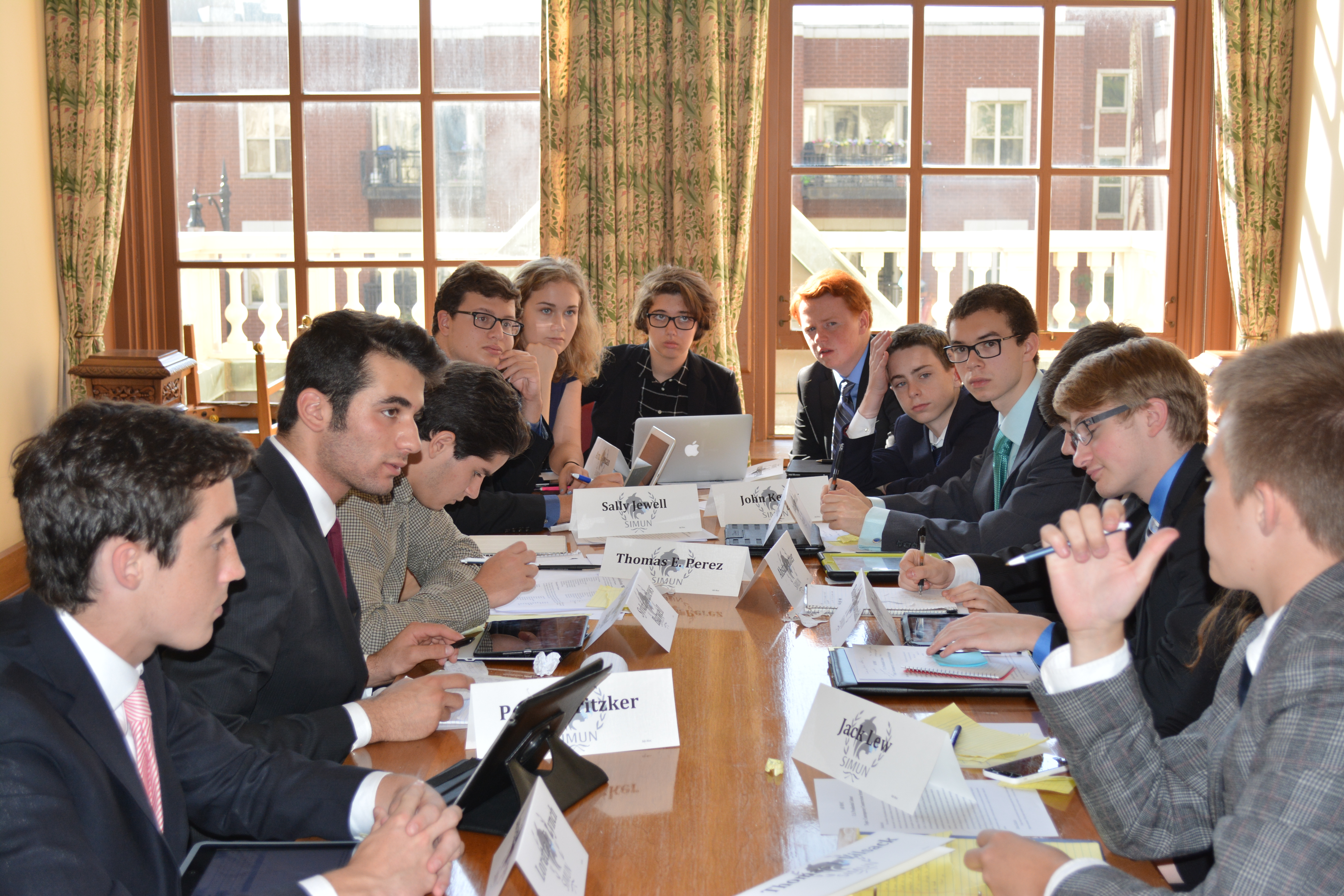 Model UN is a simulation of the United Nations (and various other governmental bodies) where high school and college students play the part of representatives meeting in structured committees. While it is an academic activity that requires research and knowledge in world history, economic theory, and political theory, skills like public speaking and negotiation are key.

The United Nations was formed in 1945 towards the end of World War II, out of the ashes of the League of Nations. The goal of the UN was to stop wars and provide a medium for negotiation. Since then it has evolved into an international organization whose goals include facilitating cooperation in international law, international security, economic development, social progress and achieving world peace. There are currently 192 member states, who all convene at the UN headquarters in New York City. The United Nations is divided into the General Assembly (the main deliberative assembly, which is then broken down into smaller committees) and the Security Council (decides certain resolutions for peace and security, made up of the 5 permanent members: China, the United States, Russia, France and the United Kingdom, as well as 10 elected members, who rotate every year), and a few other specialized committees that deal with other issues.

Every committee in the GA (General Assembly) debates different issues that effect international relations. Every delegate represents their country’s view on the issue. The goal of the UN is to come up with an effective resolution to the issue that passes a majority vote (in the Security Council it must also pass without being vetoed from any of the 5 permanent members). Just remember; the ultimate goal of the UN is to achieve international cooperation for a common cause.

So, that’s Model UN in a nutshell. There is a lot more information that you will learn as you go along, but it’s important that you go into your first conference with at least a very basic understanding of what you are attempting to represent. Experience will be your best teacher, but never hesitate to ask any questions that might arise in your preparation.